The Silverstone Classic Sale Lot No. 363 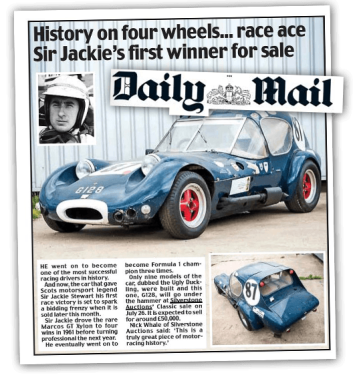 After a number of years being unused, the G128 was transferred to Marcos shareholder Herman Buurman in Holland when the company went into receivership in the late nineties.

After being hidden from public viewing, Buurman decided to sell it at Silverstone Classis Sale auction in July 2014 (lot No. 363). 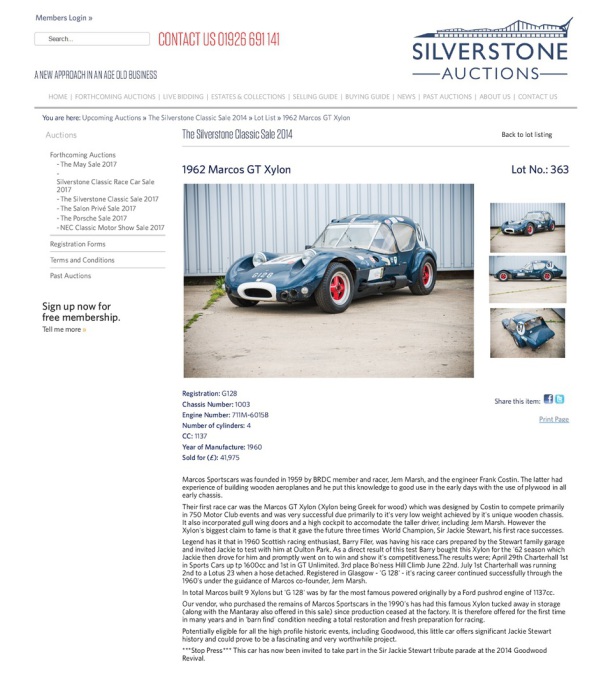 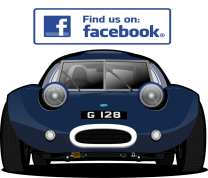 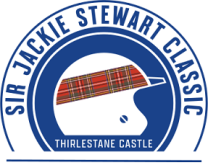 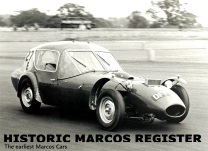